The ceramics of Faenza

The history of the great tradition of ceramics in Faenza 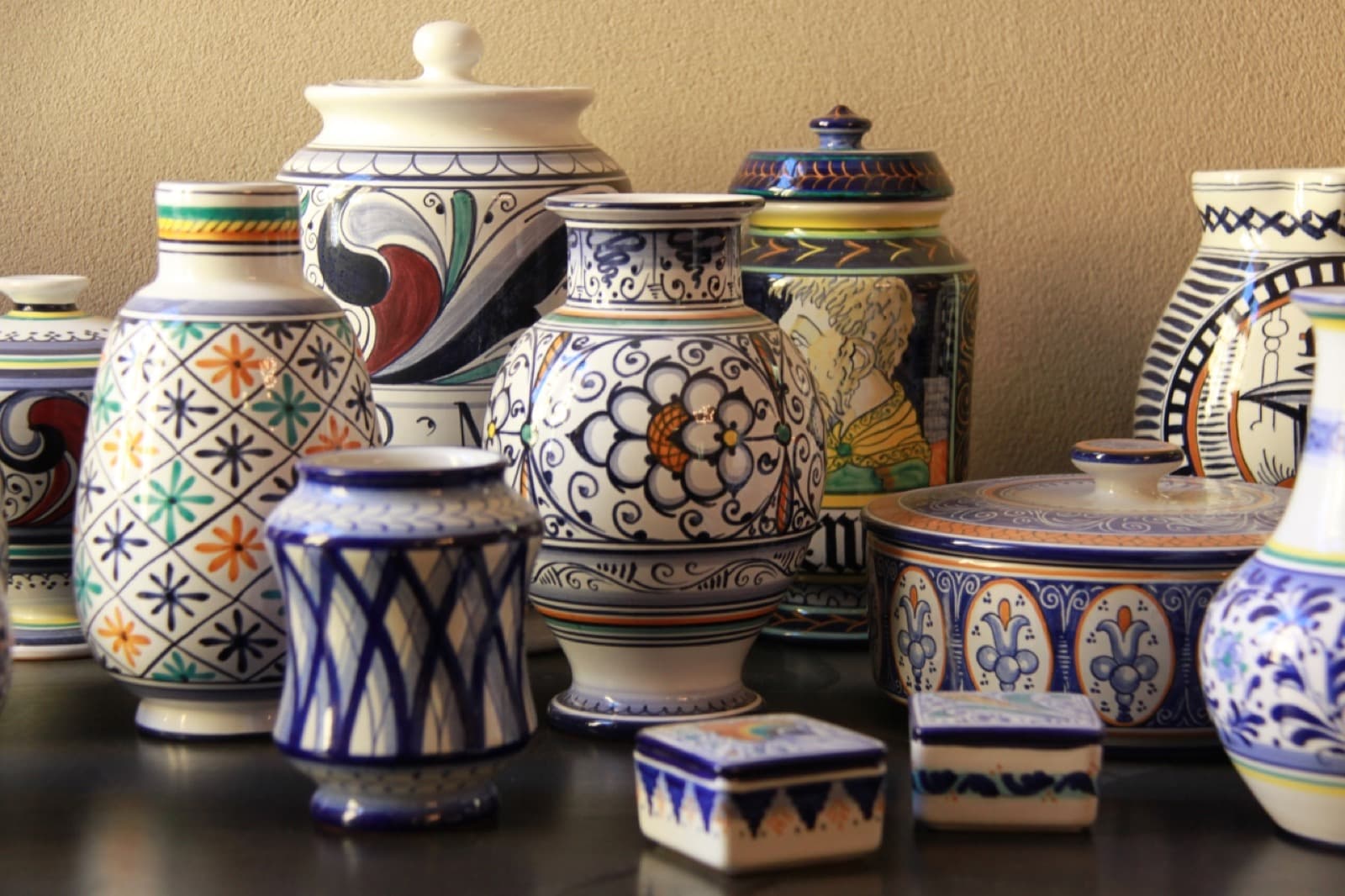 Often the great history that creates the identity of a place originates in the morphology of the region. This is precisely what happened in Faenza, the homeland of ceramics, with an art form clearly rooted in this city but known throughout the world, to the point that the term faïence is still used in France today to indicate maiolica.

The history of Faentine ceramics

The birth of ceramics in Faenza is linked to the abundance of clay soil found in the vicinity of the Lamone River and to its strategic position, considering the fact that, in the past, the city was an important place of passage both for individuals travelling along the Via Emilia and for those coming from Tuscany.

The first ceramic workshops were established in Faenza in the first centuries after the year 1000 AD, and soon the city became a ceramics centre of primary importance. In this medieval period, ceramics, defined using the term archaic, had simple forms and were mainly produced for domestic use.

This technique was destined to be refined and took on a remarkable chromatic and decorative complexity, derived in no small part from Byzantine, Arab and oriental influences. Between the end of the fifteenth and the beginning of the sixteenth century, the ceramics of Faenza were adorned with the typical peacock-feather-eyes motif, but they also depicted human figures (the “beautiful women” motif), biblical and mythological scenes.

With the subsequent diffusion of what is generally termed Faenza white, in the second half of the sixteenth century, the city sealed its reputation as the capital of ceramics. This was the crowning achievement of technical mastery, which the maiolica masters translated into handmade products in which experimentation with colour was replaced by the refined simplicity of white.

In Faenza, the art of ceramics is still handed down in the city workshops, and there are many places where you can admire dishes, pitchers, vases and all the traditional products of Faenza.

Starting from the International Museum of Ceramics in Faenza (MIC), one of the most important ceramic art museums in the world and a monument that has been designated a “testament to a Culture of Peace” by UNESCO, and the Carlo Zauli Museum, dedicated to the works and life of the famous ceramist and sculptor from Faenza.

A nice way to get to meet a master ceramist and discover how ceramics are made is a visit to the historic workshops, an event organised every year by Buongiorno Ceramica. Those who want to produce their own souvenir of Faenza have the opportunity to participate in one of the courses held in the city.

Finally, there are two events related to ceramics that attract artists, collectors and lovers of maiolica from all over the world: the Argillà-Italia fair and the International Competition of Contemporary Ceramic Art, both organised in Faenza every two years.