Ravenna, the capital of mosaics

A few kilometres from the Adriatic Sea, the city of Ravenna contains a wealth of historical heritage sites of incalculable artistic and religious value 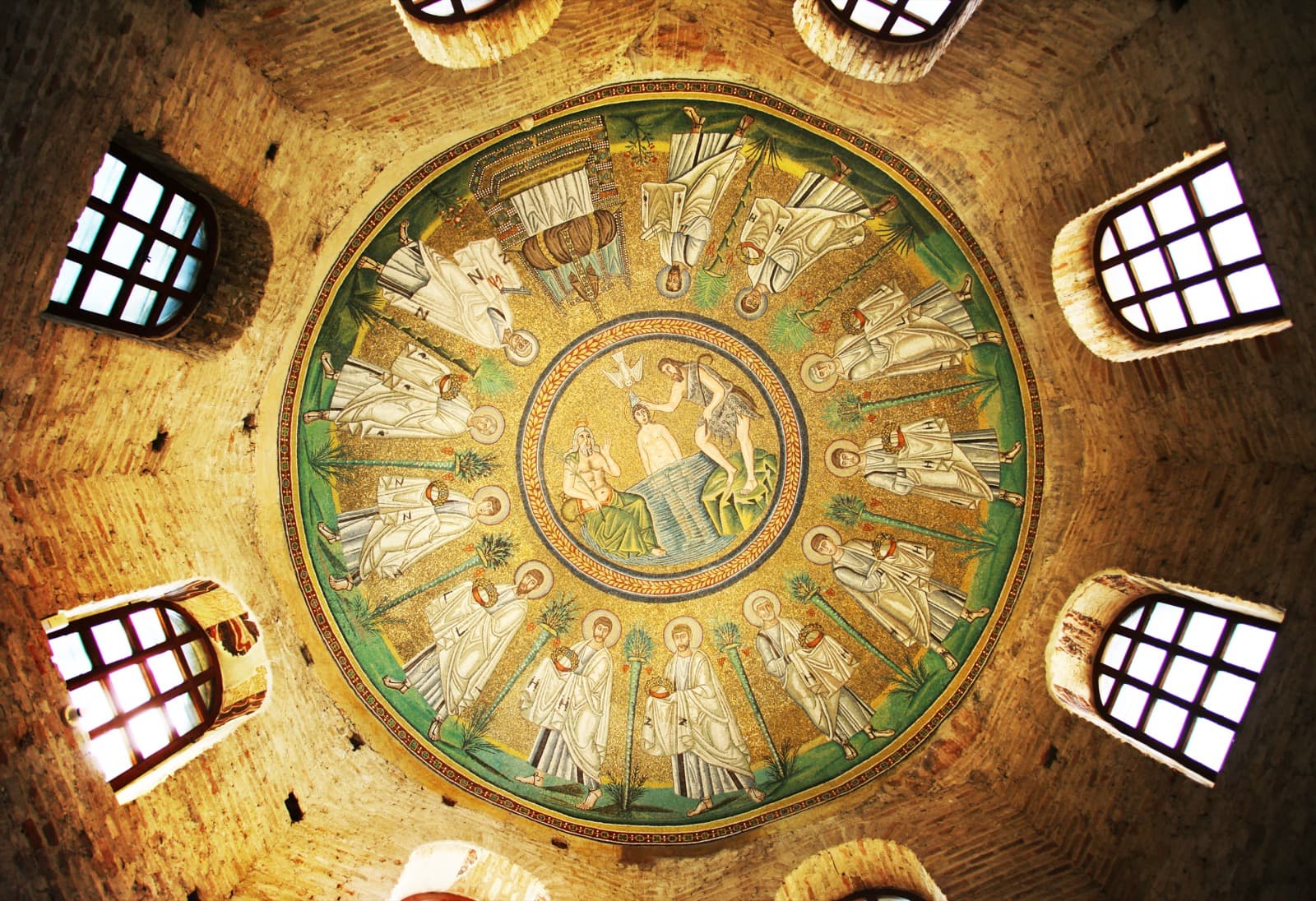 Located a few kilometres from the Adriatic Sea, and suspended between the East and West, Ravenna is an ancient city with a long history. More than 1,500 years ago, it was the last capital of the Western Roman Empire, the first seat of the Barbarian Kingdom of Italy under Theodoric the Great and it played a strategic role in the Byzantine reconquest by Emperor Justinian.

The magnificence of that period has left a wealth of historically significant religious buildings decorated with mosaic, recognised as UNESCO World Heritage sites. Seven of its eight UNESCO monuments protect an unparalleled treasure of precious tesserae whose magnificent chromatic juxtapositions illustrate the artistic splendour in vogue between the end of the Roman Empire and the beginning of the Middle Ages.

In fact, Ravenna contains the most important collection of mosaics from the fifth and sixth centuries AD, both in terms of artistic quality and iconological importance. An art form that, despite its ancient Roman origins, here managed to find its highest expression, and which lives on in the schools and workshops in the city and in the hands of local artisans.

What emerges is a unique spectacle, which very few places in the world can compete with, especially given the number of monuments and the sheer scale of the mosaics concentrated in a single town. These glittering works of art leave visitors breathless, not only from an aesthetic point of view, but also because of the depth and complexity of the religious, mystical and political meanings that they manage to transmit to the observer.

To experience this magnificent display of light and colour, all you have to do is step into the Basilica of San Vitale, allow your heart to be stolen by the stars of the Mausoleum of Galla Placidia; get lost among the domes of the Orthodox or Aryan Baptistery; gaze at the procession of martyrs and virgins at the Basilica of Sant'Apollinare Nuovo.

These can be contrasted by the tranquil reserve of the Chapel of Sant'Andrea or with the majesty of the Basilica of Sant'Apollinare in Classe; walk on the stunning floors of the Domus dei Tappeti di Pietra [the House of Stone Carpets] or retrace the evolution of the art of mosaic by visiting the collections at the TAMO Museum.