By motorbike in the footsteps of Dante

A circular route from Ravenna to Florence and back, along breath-taking roads 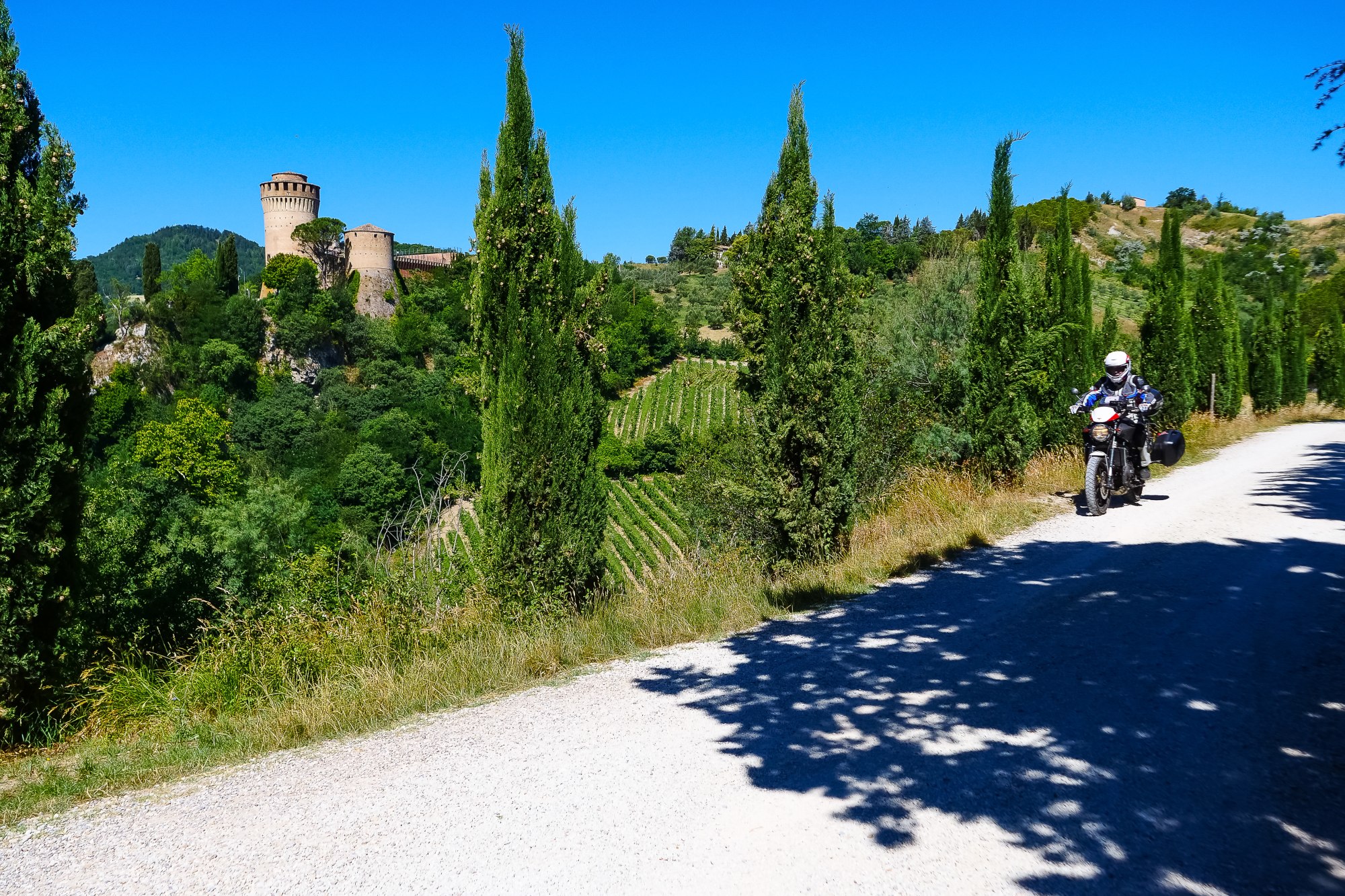 Seven hundred years after the death of the Supreme Poet, we explore the places where he lived and that inspired him; a circular route from Ravenna to Florence and back, along breath-taking roads

Duration: 72 hours
Total distance: 554 km
Difficulty: easy
When: from mid-April to the end of October
Motorbike: any

It’s surely not a coincidence if Romagna was the only Italian region mentioned by Dante Alighieri in The Divine Comedy. It is instead, due to the love the Supreme Poet, universally recognised as the father of the Italian language, felt for the territory that welcomed him after he was exiled and that protected him until his death, affording him the acclaim and serenity he had sought in vain for so long.

Many traces remain of this story, full of heroic figures, impregnable castles, cruel battles, abbeys and magical natural sites, and this itinerary ticks them off one-by-one. Starting in Ravenna, which for centuries has jealously guarded his mortal remains, we head to the fortresses on the plain that he lauded - Bagnacavallo, Imola, Faenza and Forlì - and the castles that hosted him, still dotted along the charming roads that climb towards the Apennine ridges.

To this day, in their nooks and crannies, these places continue hide the same natural wonders that fascinated the poet, from the waterfalls of Acquacheta to that “dark wood” as the primordial Casentino Forest still is today. Beyond the crest are the Arno and his home town of Florence. We then head back again, through the fascinating Casentino Forest to where, 700 years ago, Dante Alighieri left this earth life, to be embraced by all eternity. 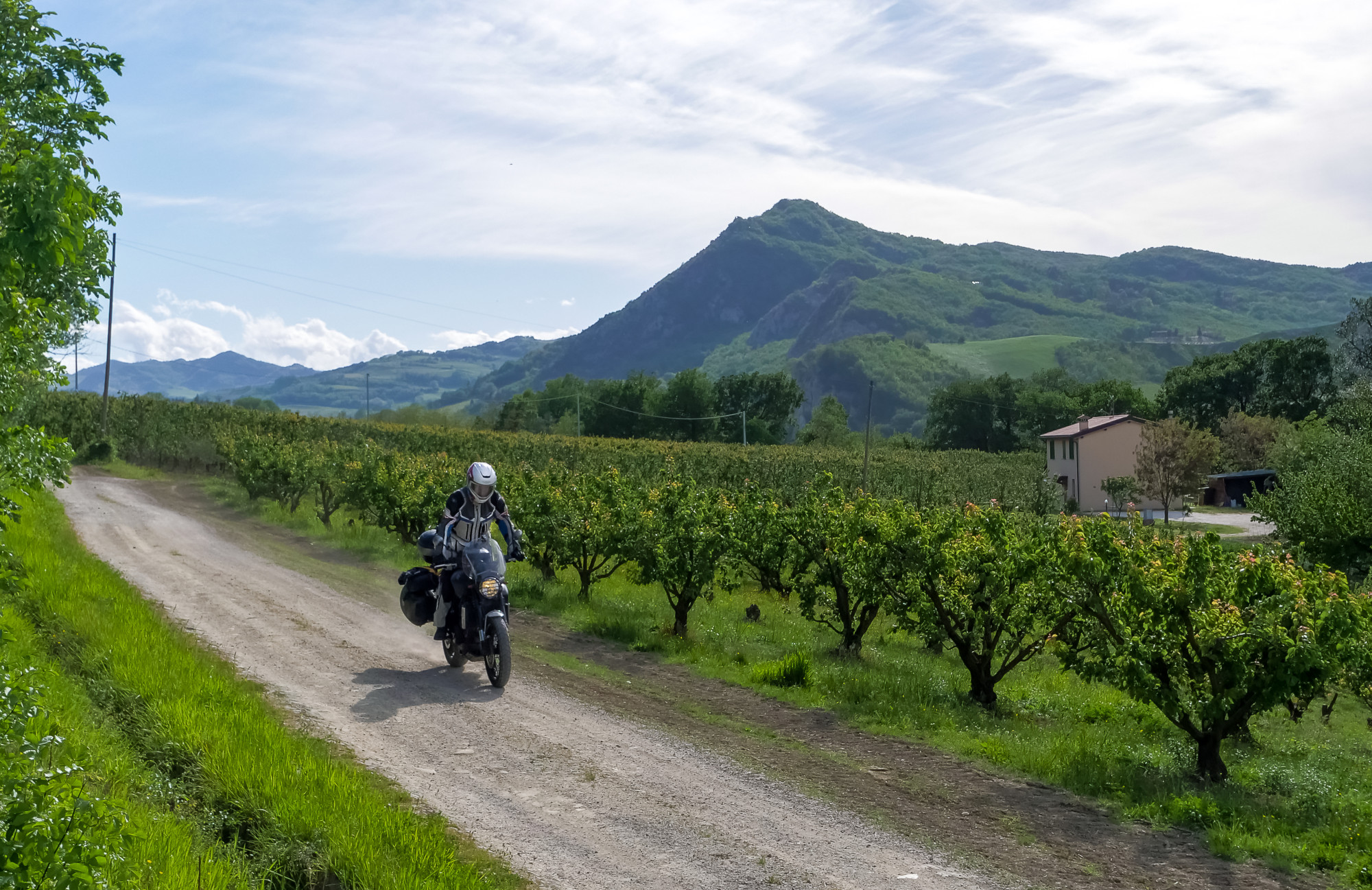 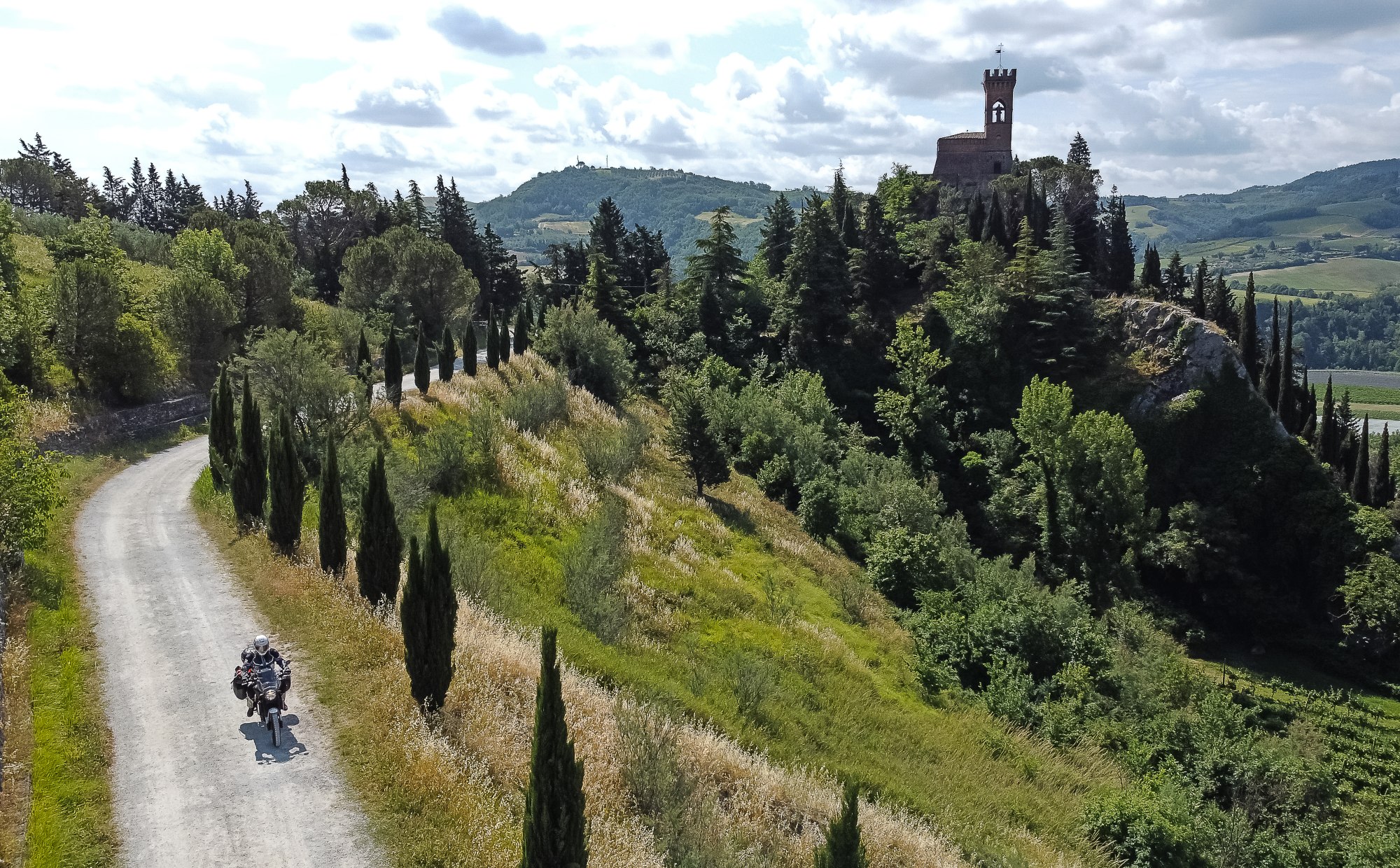