From Leonardo’s harbour in Cesenatico to Michelangelo’s marble quarries 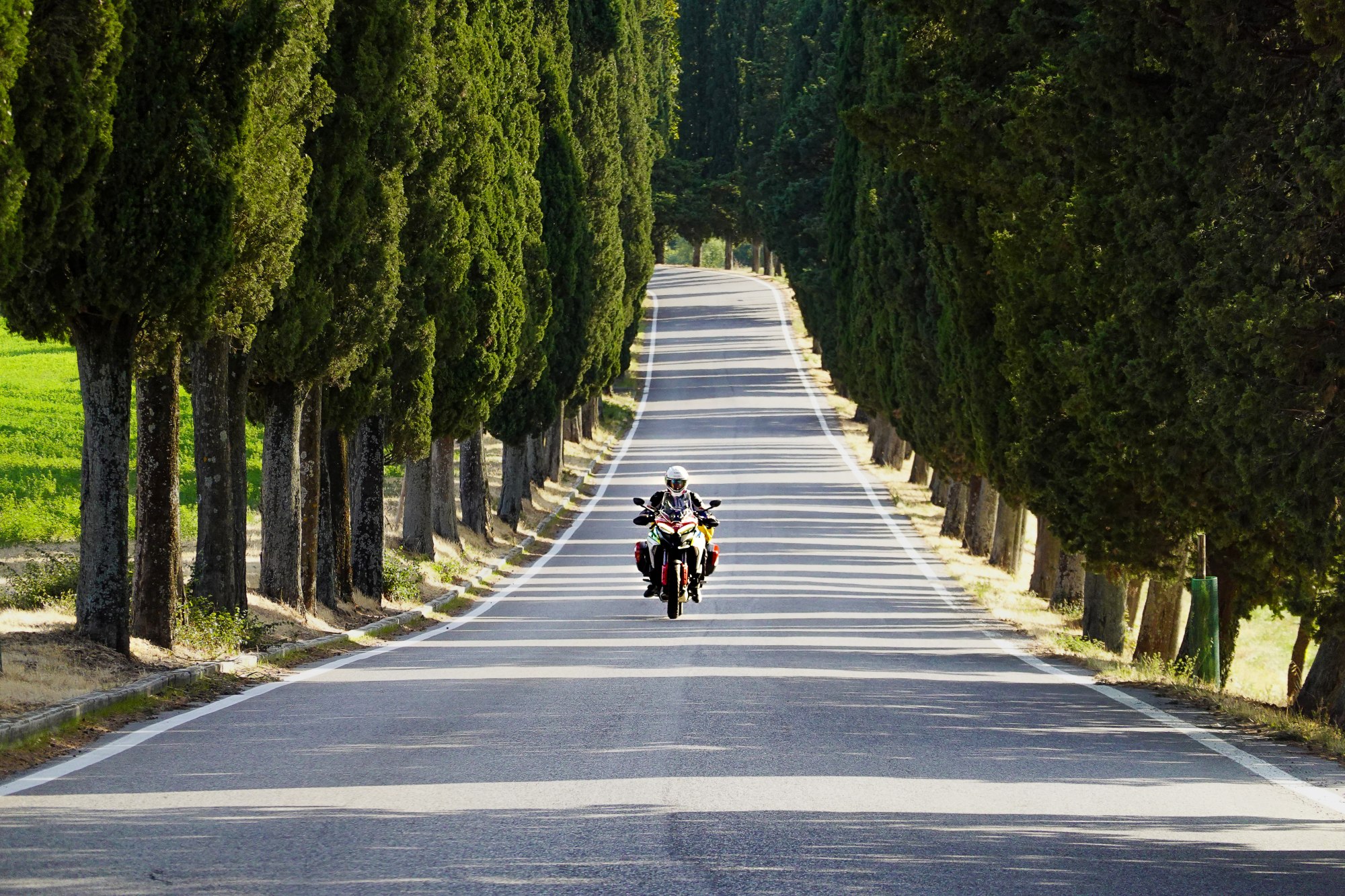 A journey that, following the valleys and crests of the Apennines, takes us from the beaches of Romagna to those of the Versilia. We begin in Cesenatico, with the lugsails of the Maritime Museum opening along the canal harbour designed by Leonardo da Vinci. Cesena, home of Domenico Malatesta Novello, whose legacy is the Malatesta Library, a UNESCO world heritage site, is nearby. It is from there that we begin to climb back up the valleys and rivers towards the biker’s cult passes between Tuscany and Romagna.

Then on through Meldola and Predappio, before reaching San Benedetto in Alpe and heading through Casentino Forests National Park to Marradi. Then, after the never-ending bends of Colla di Casaglia Pass, we reach one of the temples of Italian motor sports, Mugello Circuit in Scarperia. Then Castiglione dei Pepoli, Suviana with its lake and Porretta Terme, one long bend, a joy that extends along the entire Apennine ridge.

To reach the foot of Mount Cimone, we pass through forgotten villages and enchanted parks as far as Sestola ready, after crossing Radici Pass, to descend into the Garfagnana. Beyond Massa, we reach the splendid white marble of the Apuan Alps that jut out into the blue sea; it was in these quarries that Michelangelo found the marble that lives on forever in his art. 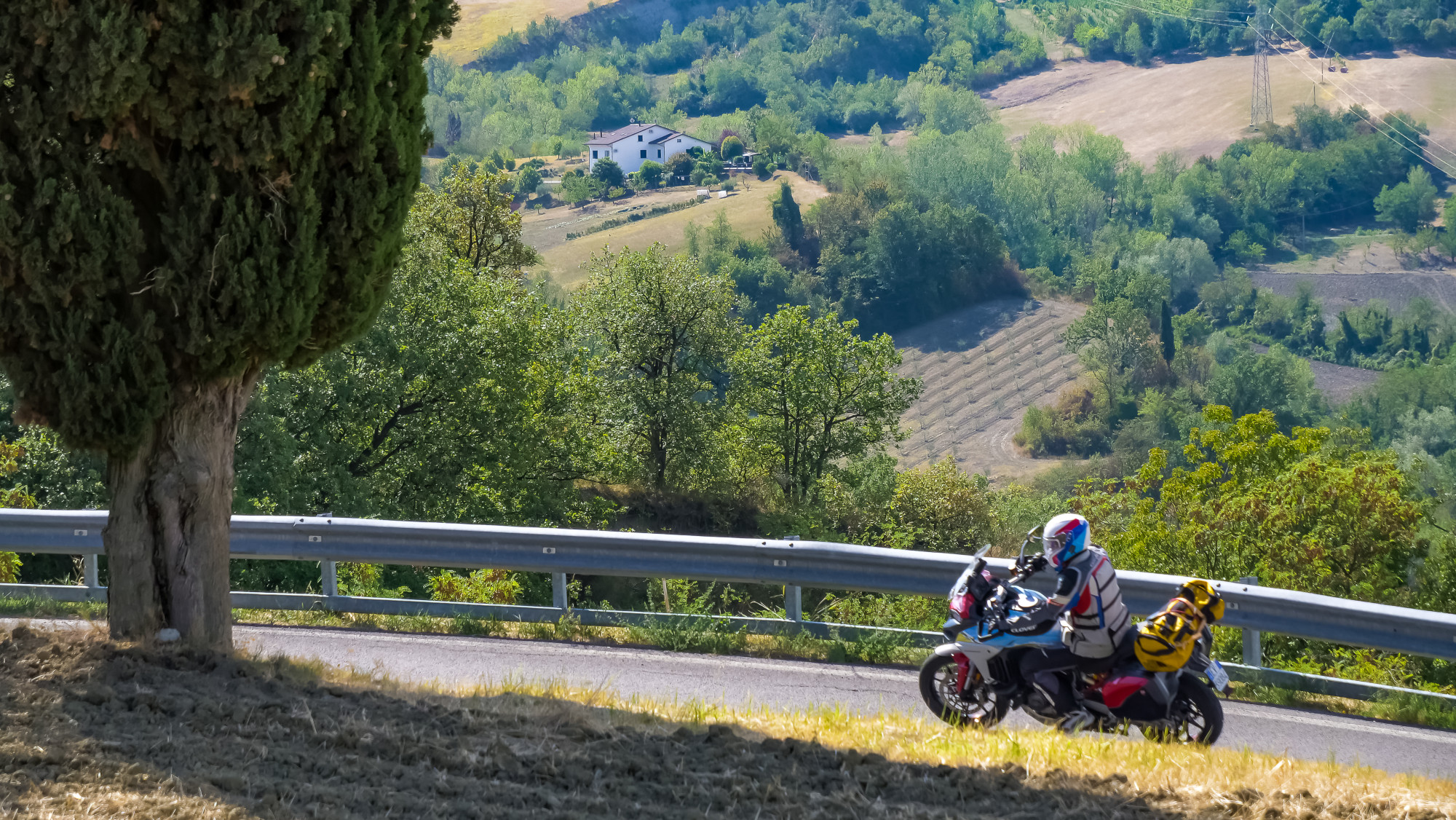 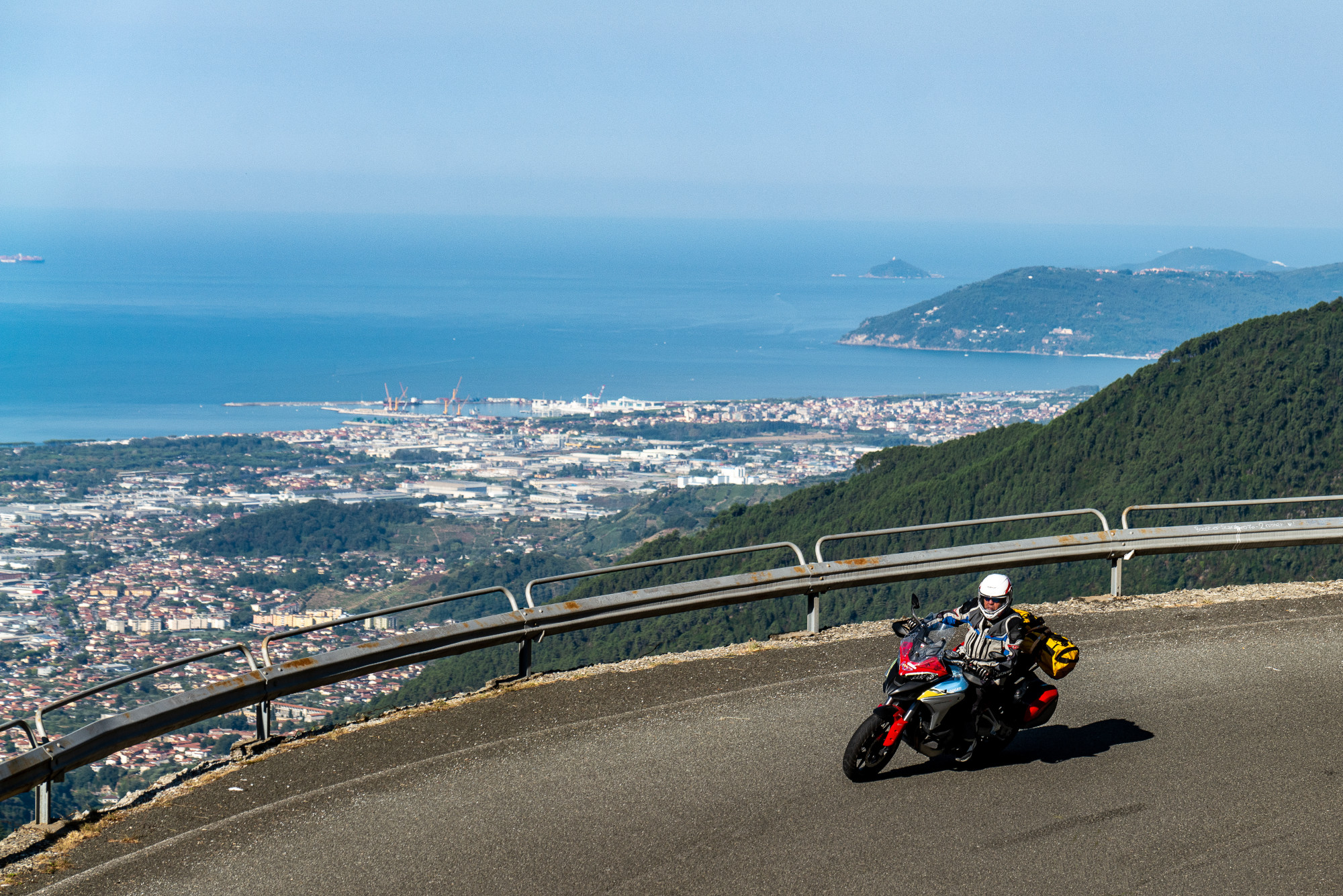